Quartz and Quartzite: What’s The Difference Between Them? 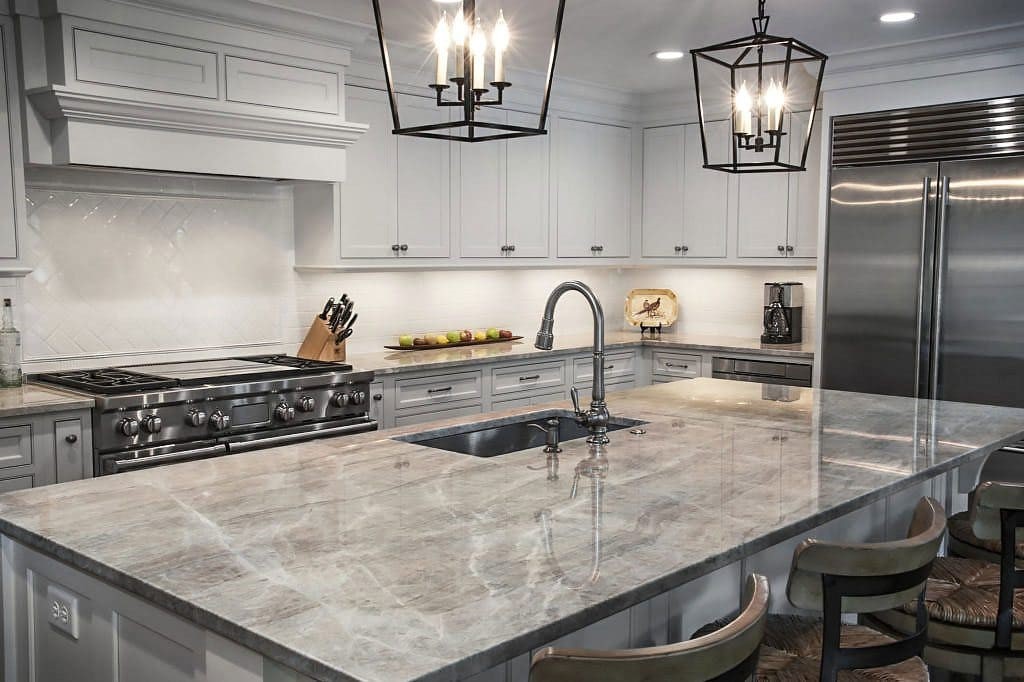 Quartz and Quartzite, deciding by their names, it seems like they’re probably the same, right?

Well, you may be surprised, but these two elements are quite different!

In this blog, we’ll explain the differences between Quartz and Quartzite countertops and why each one of them may be the best for you.

What Is The Difference Between Quartz and Quartzite Countertops?

The most important difference between Quartz and Quartzite is that quartz is a man-made element, while quartzite is a natural stone.

But there are many other important differences that can help you pick the right material for your house: 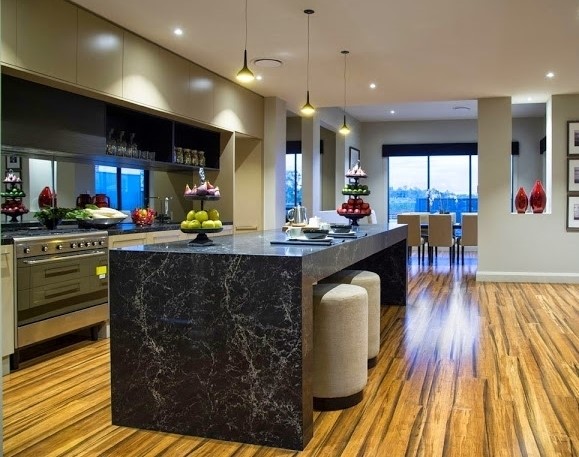 Because of the materials in Quartz and Quartzite, quartz countertops’ colors have a wide range, you can make them look like Granite or Marble.

For Quartzite countertops, as they’re made using natural materials, their colors are more limited. Their colors vary from white to gray with the purest quartzite.

2) Quartz and Quartzite: Which Is All Natural? 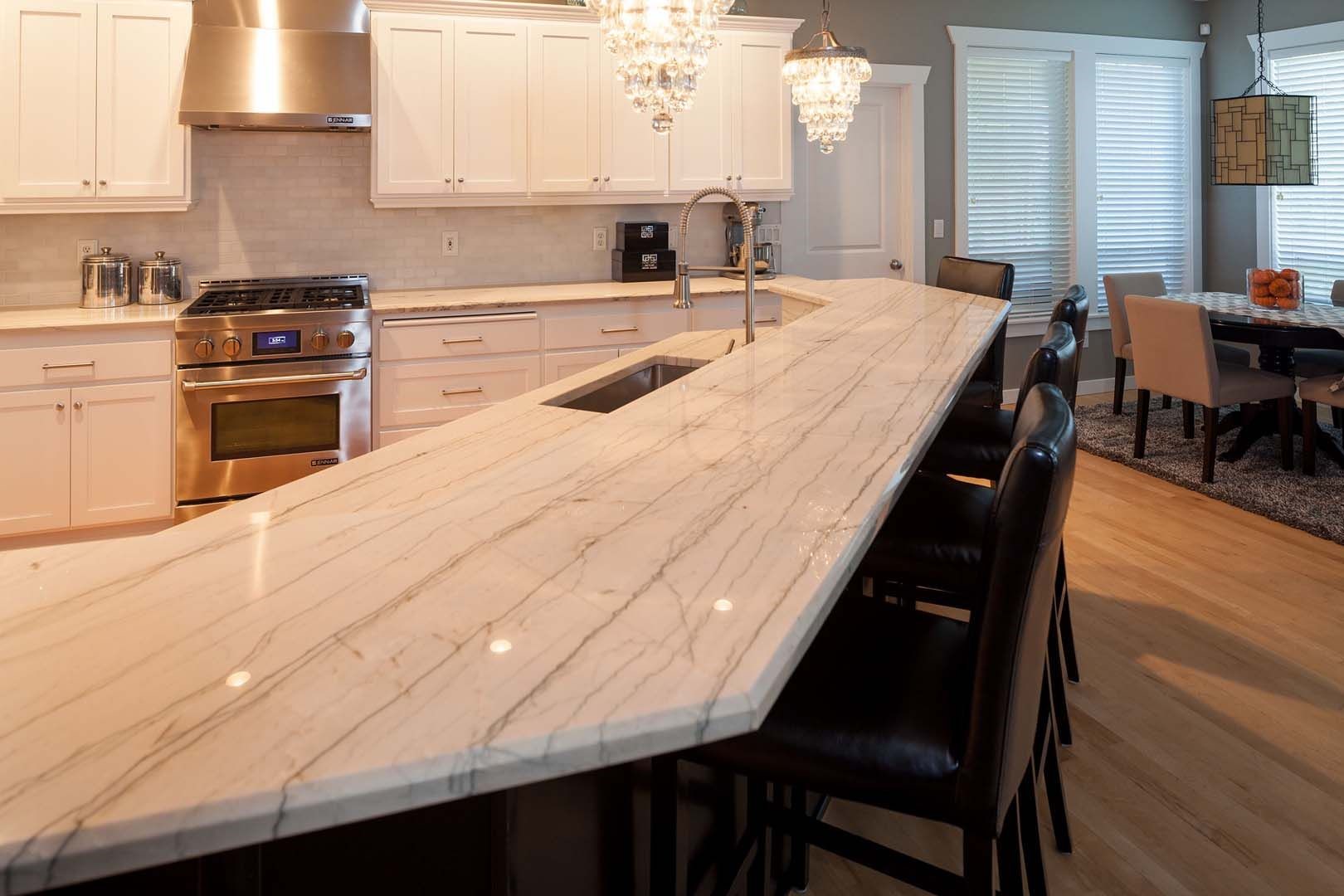 Quartzite is a natural stone that appeals to the eco-conscious because it includes only naturally occurring elements.

It’s created under the earth’s surface with high pressure and heat, then mined and sliced into slabs.

But, quartz countertops are engineered stones formed and baked into slabs in a factory. Only 90 to 94 percent of it is ground quartz drilled from the earth; the rest 6 to 10 percent is man-made polymer resins and pigments that connect the ground quartz.

3) Quartz and Quartzite Shades and Designs: 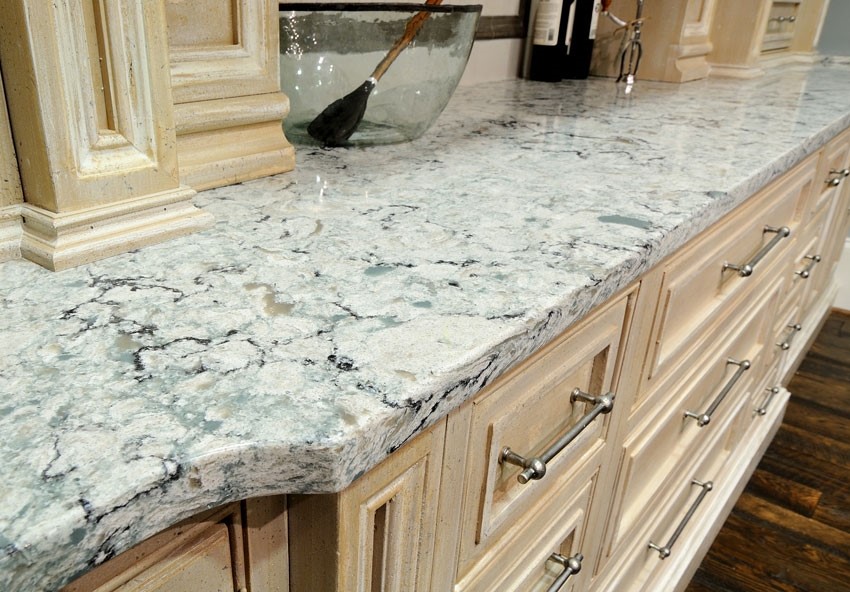 The pigments joined to quartz can give a wide range of colors, light blues, deep pinks, violet, or orange.

Quartzite comes originally in shades of white or gray, though iron oxide in the stone can give a red or pink shade.

It’s also limited to the design produced through a natural form—a veined finish that resembles granite or quartz and shows visual inconsistencies from one end of the slab to the other.

4) Quartz and Quartzite Resistance to Moisture And Bacteria: 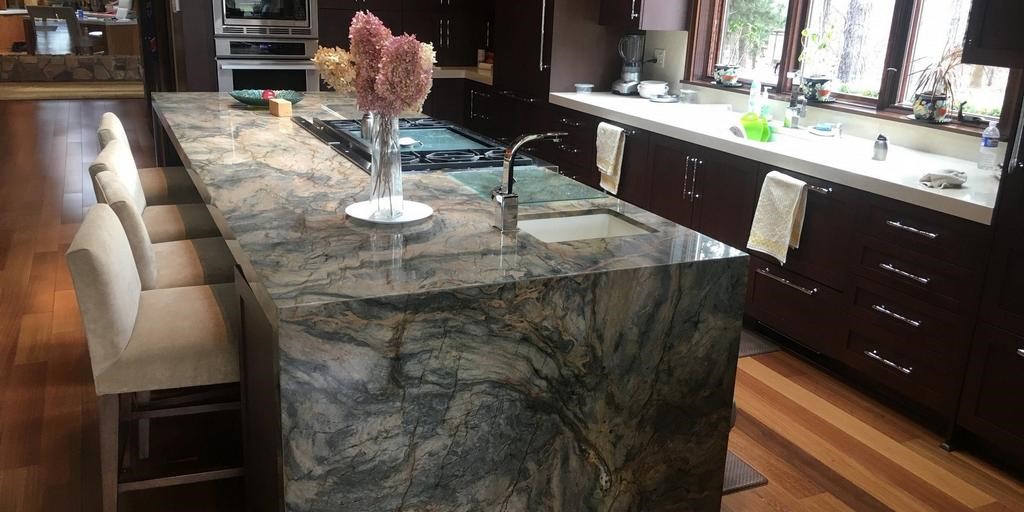 Quartz has a non-porous surface that doesn’t need sealing, it works as an effective wall against moisture and bacteria.

Keeping a quartz countertop clean just needs wiping up wet spills with a cloth, or cleaning dried spills with a soft sponge with a surface cleaner.

For routine cleaning, you can spray a store-bought or homemade surface cleaner across the countertop, leave it for 10 minutes, then clean it with a soft sponge.

But, quartzite has a porous surface, which is very sensitive to staining and bacterial attacks if not sealed before placing and on an annual basis.

You can cover it with a natural stone sealer, leave the sealer for 10 to 15 minutes, clean it with a cloth, and let the sealer cure for 24 to 72 hours.

5) Quartz and Quartzite Resistance to Scratch and Acid: 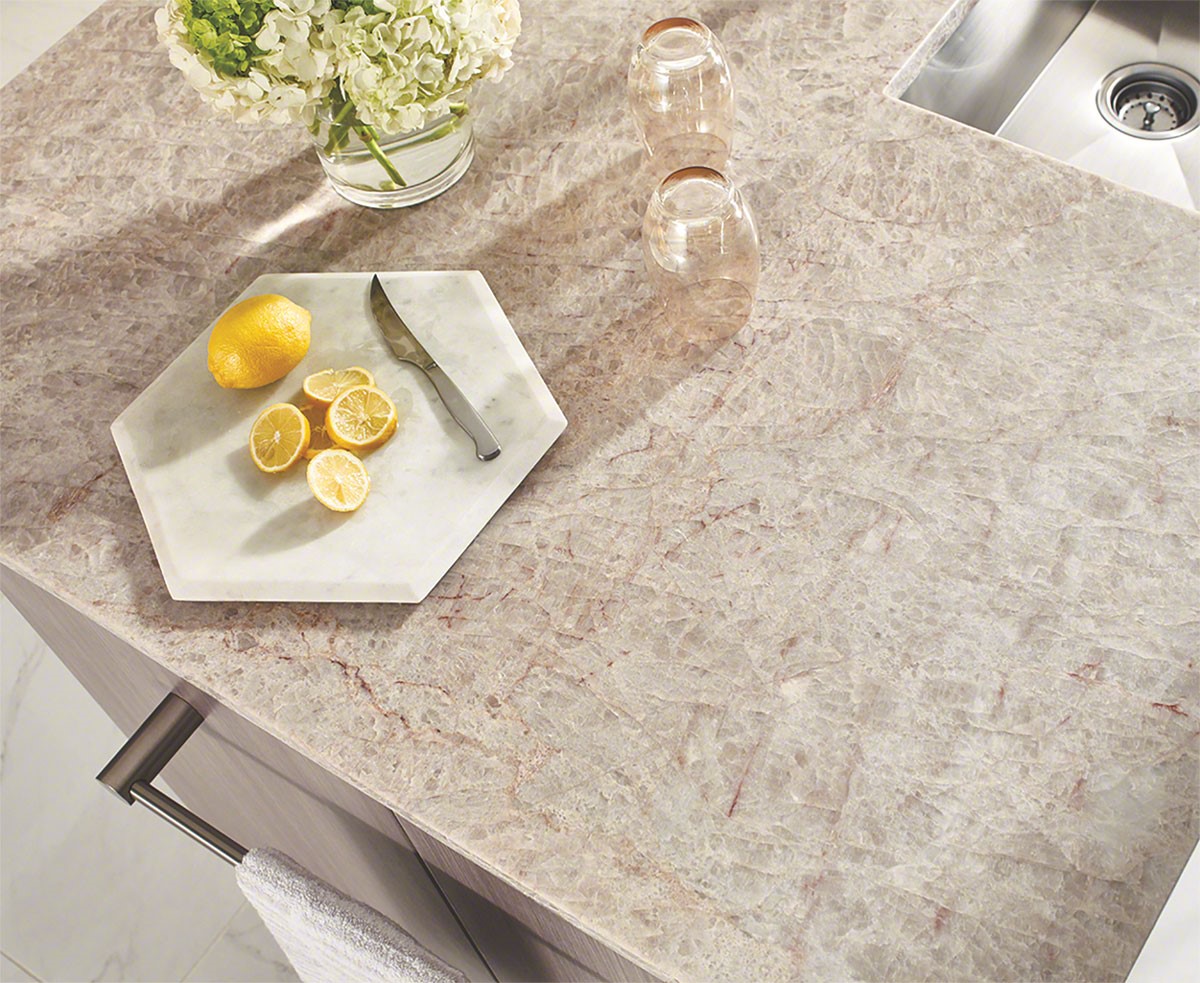 Quartzite is harder and more scratch-resistant than quartz.

While an errant blow of a knife blade is unlikely to scratch any one of them, you shouldn’t chop directly on quartz as the interaction between food acids and the resins in the countertop can etch it.

6) Quartz and Quartzite Resistance to Heat: 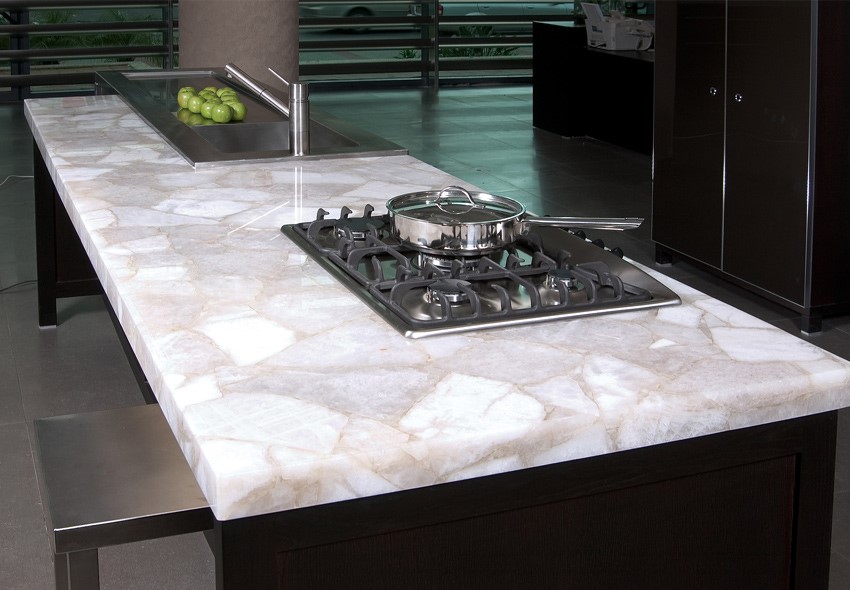 In addition to hardness, many people are worried about whether a stone resists heat over time, especially if you’re talking about a big family with growing kids.

What do you think? ? Which one would win in terms of heat resistance?

Well, Quartzite wins in terms of heat resistance, giving it a top competitor for kitchens.

You’ll have no problems if you place a hot pan for a while on the table next to your oven if you’re using a Quartzite Countertop.

On the other hand, the density of quartz gives it more effective to resist stains than its completely organic counterpart.

The resin used to bind the quartz melts at about 300 degrees Fahrenheit, This means you can opt for dense white quartz in the kitchen and won’t need to worry about any of those inevitable messes and spills.

A case can be made for both materials, so it is important to think through the way you envision yourself doing and keeping the space to determine your most important priority.

Our customers loved the beautiful appearance and high production of Taj Mahal quartzite in their kitchen so much that they took it inside their butler’s pantry wet bar.

Of course, it is always recommended that you seal any plate to shield it from daily use. 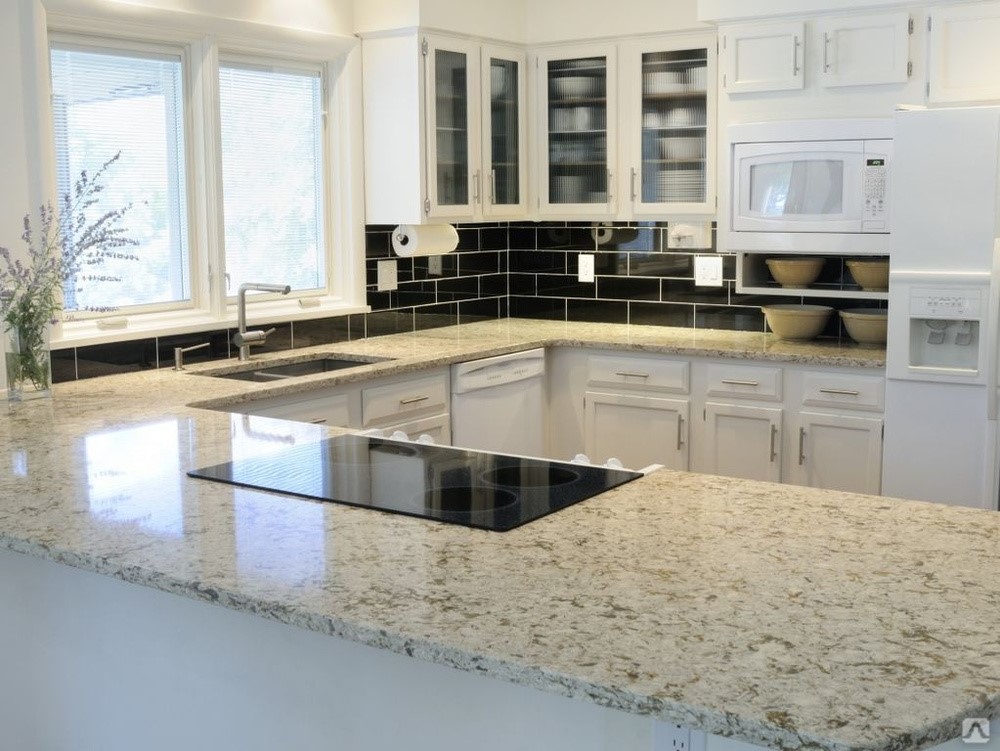 The cost difference is because of the developed complexity of transforming mined quartzite into slabs.

It must be formed to size with a diamond knife, a difficult job that produces slabs with no regular size (they can differ widely between individual retailers).

Quartz is cheaper to produce because once it’s mixed with resins and pigments, it’s poured into a core and baked into standard-size slabs of 120 by 55 inches and a width of each two or three centimeters.

8) Quartz and Quartzite Variation and Uniformity: 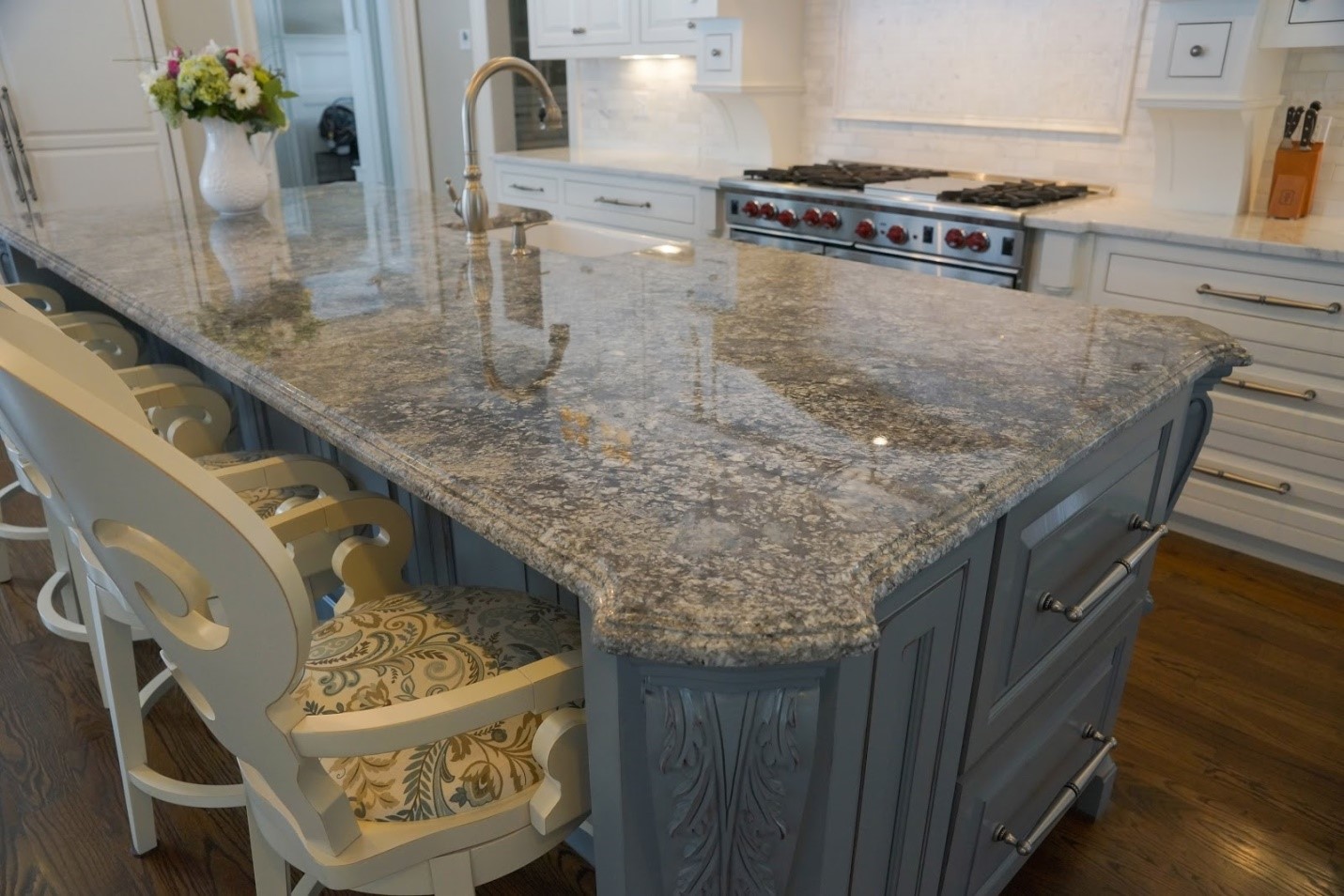 Because quartzite comes directly from Nature, it has an infinite variety of colors and designs.

No two slabs are the same!

While quartz tries to replicate those different styles, such as veining.

Technology is always developing, and engineered elements are going harder to notice from the original deal.

But because quartz is produced in a controlled way on a large range, at some point patterns appear and replication occurs.

Conversely, we can remove markings like veins completely from quartz, and we’ll have a more regular and uniform look.

Quartz and quartzite countertops are both great for your house, each one of them has its pros and cons.

Despite the small variations, they’re both tough, beautiful, and need your attention to give your house a luxurious look! 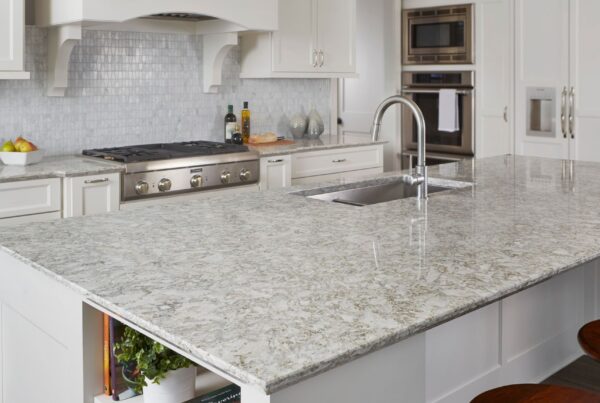 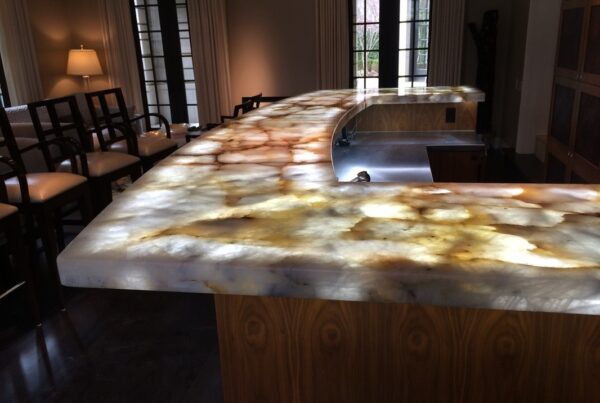 The Different Types of Granite Bar Tops 2021: What to Choose? 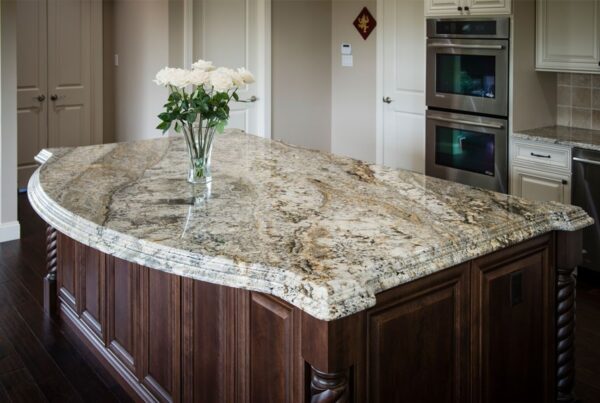 How to Make Your Granite Shine: Follow These Simple Steps!

We work hard every day to be able to offer the most variety in your selection
of stones.